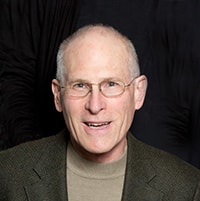 Dr. Edwards has studied and practiced Ayurveda since 1984. He currently serves as adjunct faculty for the Integrative Medicine Program at the University of North Carolina School of Medicine and the Master's in Ayurveda Program at Maharishi International University. He also blogs and gives presentations to elevate awareness of this precious knowledge for health, vitality and longevity.

While at the University of Colorado, he was editor of the student paper, became an avid photographer, completed a Public Health Service traineeship, and won the Florence Sabin Memorial Award. When one of his classmates tragically committed suicide, he responded by initiating a survey of problems and concerns that proved instrumental in promoting needed changes in the educational environment. Inspired by his experiences with meditation, he also developed and instructed an elective Concept of Health seminar which the School of Health Administration later adopted as core curriculum.

Early in his career, he worked for 6 years in the Middle East and traveled extensively worldwide. He subsequently accrued over 30 years of healthcare management and consulting experience, including service as a chair of Family Medicine in a multispecialty group practice and as the senior physician executive in both university teaching and community hospitals. He operated a Patient Safety Organization from 2010 to 2019. He has also done significant healthcare management research to help physician leaders improve quality and safety and resource use.

In the early 1980s, Maharishi Mahesh Yogi revived knowledge of Ayurveda that had been suppressed and fragmented during British colonial rule. Maharishi initiated programs to make this knowledge for better self-care and development of higher states of consciousness more widely available. As a result, Dr. Edwards began work with Ayurvedic physicians (Vaidyas) who were touring the US under the auspices of Maharishi International University (MIU) in the fall of 1984. He participated in the first formal training programs offered by MIU in 1985.

He extended that training with additional coursework in 2000 and 2013. Over the years, he has done countless consultations in conjunction with visiting Vaidyas. When the Ayurvedic clinic in Lancaster, MA originally staffed by Deepak Chopra closed in 2012, he took a more active role in Ayurveda education and expanded his practice. He relocated to North Carolina in March 2017 and now lives in a Vāstu home/office in Chapel Hill.